Foxes, Saturn, Kubrick, Doctor Who and The Singularity 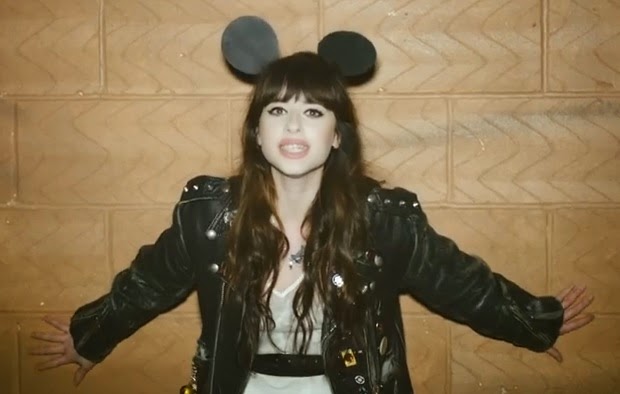 I was recently talking with a musician friend about symbolism in pop videos. The significance of this symbolism is probably well known to those people who take an interest in some of the subjects I discuss here on my blog. For the benefit of those people who aren’t so clued in, it appears that such symbolism is indicative of the various elite agenda players (and their myriad of dark belief systems) who orchestrate much of what really goes on in the world. My friend mentioned a recent “rising star” in the contemporary pop scene whose music and videos (like so many others before them) are littered with obscure symbolism. The name of this “artist” is Foxes. Foxes released her debut single, "Youth", in early 2012 and was subsequently signed to the music “industry” stalwart Simon Fuller. Since then, she has had a highly visible and successful musical career. 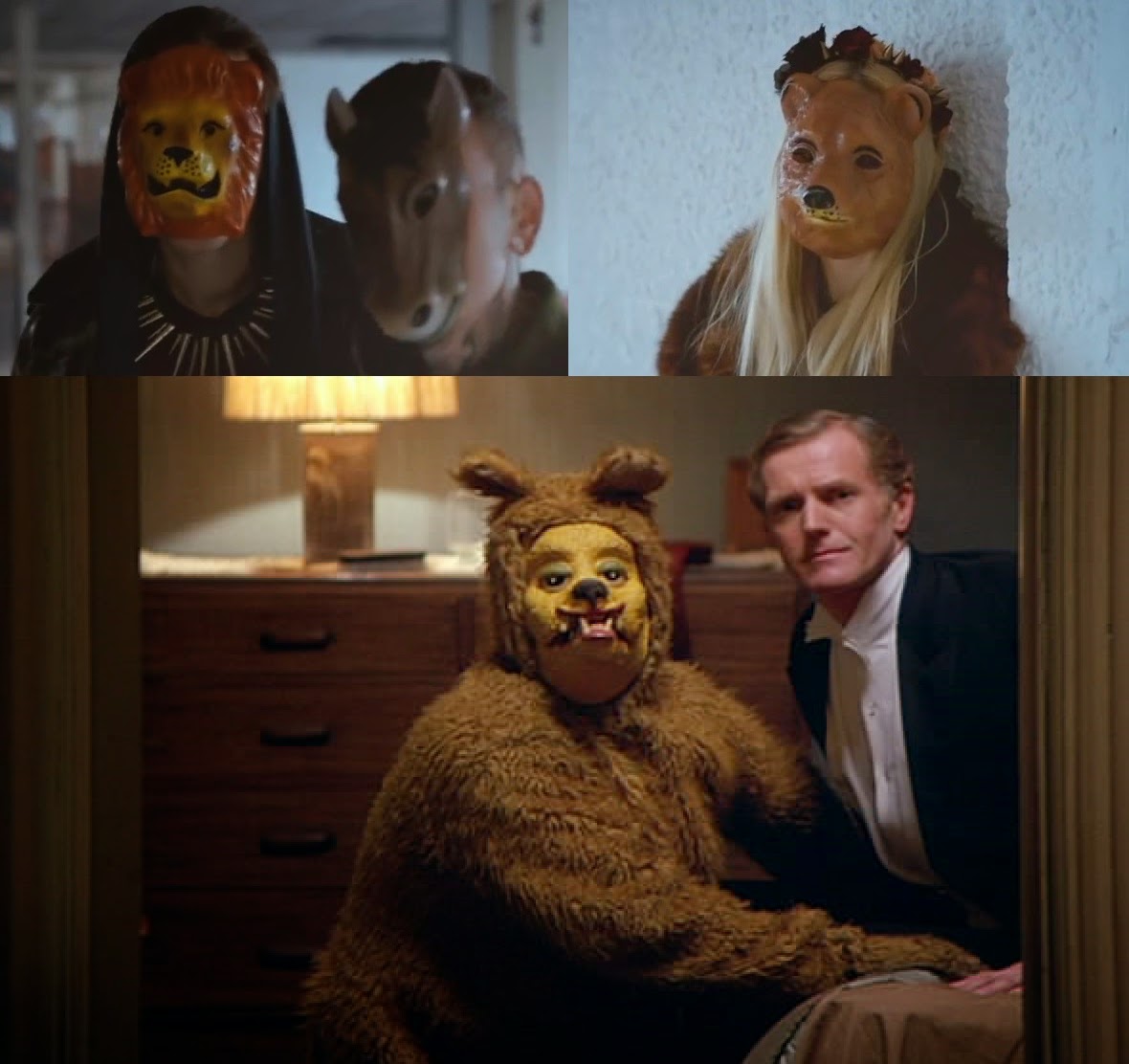 In fairness, I was only vaguely aware of her music and decided to take a closer look at some of her material – specifically her debut single. The video for “Youth” contains many themes that are now commonplace in pop videos – such as Disney’s Mickey Mouse “ears” and the conditioning of youth disinterest in things that should matter. The video can be viewed here: http://www.youtube.com/watch?v=sx0x5aRPhgk
One theme, in particular, caught my attention – the prominence of animal masks. One mask (that of a bear) seemed to spark some sort of synchronicity with a disturbing scene in Stanley Kubrick’s film “The Shining”, where Shelley Duvall’s character witnesses a bear-masked individual in a, shall we say, compromising position! In my recent articles on Stanley Kubrick, I discussed the connection between Kubrick and the various aspects of Saturn Worship. Saturn symbolism is highly visible in the mainstream entertainment media, especially in science fiction. This is a subject I have covered both here on my blog and in my recent book “Science Fiction and the Hidden Global Agenda”. One science fiction television series, in particular, seems to have a predilection for Saturn symbolism – the UK’s longest running sci-fi series, Doctor Who.


As I was musing about a possible connection between Saturnian themes and the music/videos of Foxes, I was a little surprised to learn that Foxes will shortly be making her television acting debut. What programme will be serving as the springboard for her possible future acting career? Why, none other than Doctor Who! http://www.bbc.co.uk/mediacentre/latestnews/2014/foxes-doctor-who 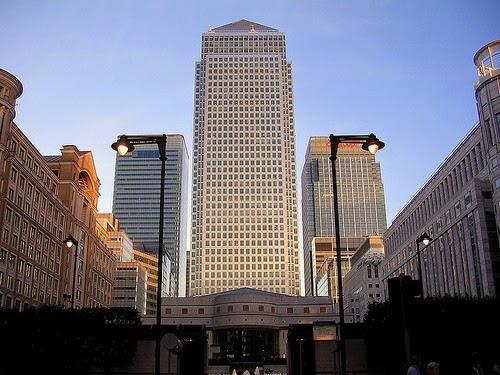 Doctor Who, like the mainstream music scene, has increasingly become a home of esoteric and agenda symbolism. Several recurring themes (again like music) are “transhumanism” imagery and the “666” motif. A marriage of these themes was effectively played out in the memorable two-part Doctor Who story (written by Russell T. Davies) “Army of Ghosts” / “Doomsday”. The Doctor’s two greatest foes (the Cybermen and the Daleks) battle it out in the story. Both adversaries have always been portrayed as the ultimate amalgamation of the biological and technological – the perfect analogy for transhumanism. The Doctor defeats the armies of the Cybermen and the Daleks by confining them to a dimension devoid of time and space, which he describes as “the dead space… some people call it Hell”. The conduit through which they are banished is called a “singularity”. The “ultimate” integration of the biological and artificial is often discussed by proponents of transhumanism as the “moment of singularity” or “technological singularity”.
http://www.kurzweilai.net/the-transhuman-singularity


It is also curious that the portal (in the Doctor Who story) is located on the top floor of Canary Wharf Tower (also known as One Canada Square.) This building actually exists, is obelisk shaped, and topped with a masonic “capstone”. When the building was first opened in 1991, the main architect (Cesar Pelli) gave a bizarre speech: “According to Lao Tse, the reality of a hollow object is in the void and not in the walls that define it. He was speaking, of course, of spiritual realities. These are the realities also of the Canary Wharf Tower. The power of the void is increased and... With its supporting structure creates a portal to the sky ... a door to the infinite.” http://en.wikipedia.org/wiki/One_Canada_Square#Opening 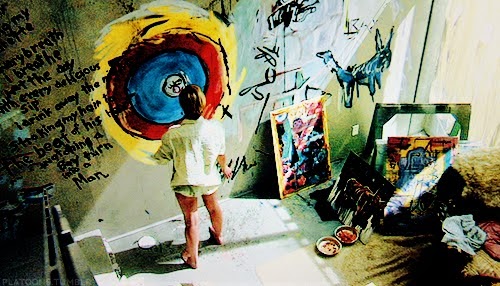 The theme of infinity is also played out in Kubrick’s “2001: A Space Odyssey”. The section of the film where Dave Bowman enters the stargate portal (represented by a “Saturnian” / “Black Cube” monolith) is preceded by the onscreen subtitle “Beyond the Infinite”. There are numerous examples of “portals” allowing access to the “infinite” in science fiction. A curious image appeared throughout the remake of the series “Battlestar Galactica” and seemed to signpost the fate of the character Kara Thrace. This symbol also prefigured her ultimate detachment from the accepted rules of time and space. As she approaches her destiny, Kara Thrace is increasingly referred to as an “angel of death”. The image in the series is referred to as “The Eye of Jupiter”. In modern popular culture, it appears that there has been an increased “elite” effort to supplant Saturnian iconography with imagery that relates to Jupiter. There is no better example of this than the story of Kubrick’s original attempts to realise Saturn – rather than Jupiter – in “2001: A Space Odyssey”. In Battlestar Galactica, the “Eye of Jupiter” is also referred to as “The Mandala”. The origin of this term is also interesting given that mandalas have traditionally been “employed for focusing attention of practitioners and adepts, as a spiritual guidance tool, for establishing a sacred space, and as an aid to meditation and trance induction.” (Note the term “sacred space”.) http://en.wikipedia.org/wiki/Mandala 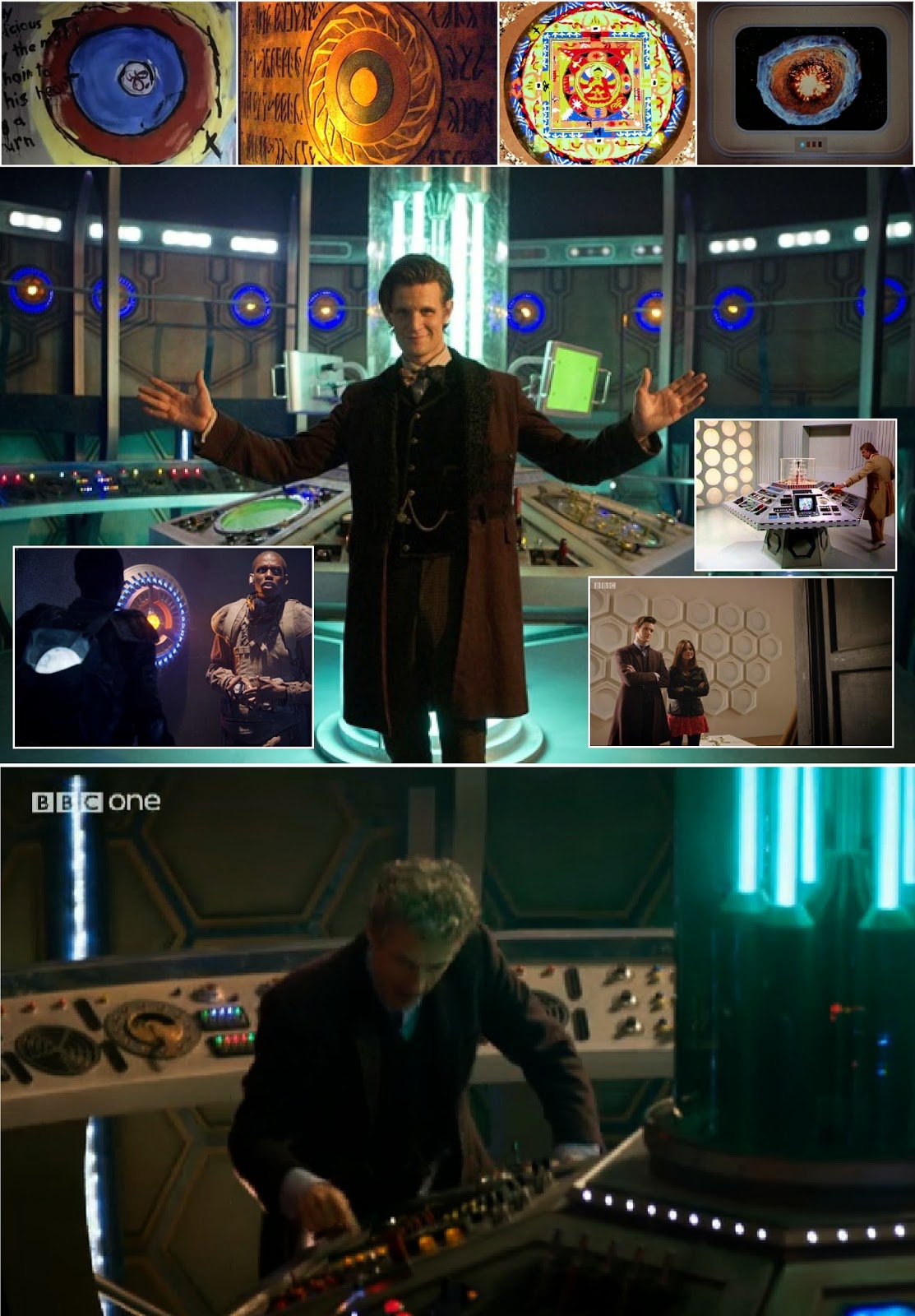 The image used in Battlestar Galactica is effectively a bull’s-eye / target consisting of sections coloured red, yellow and blue. Such imagery appears throughout popular culture. In keeping with the role that said symbolism plays in suggesting a connection to the infinite dimensions beyond time and space, it should be noted that the motif appears prominently in Doctor Who – specifically as a replacement for the Saturnian hexagons that once adorned the walls of the TARDIS control room. The imagery has recently reappeared in the Peter Capaldi-era redress of the TARDIS interior, yet retains the “Eye of Jupiter” motif – effectively amalgamating Saturn and Jupiter.
In the aforementioned “Doomsday” Doctor Who story, the Doctors notes that the numerical key code needed to activate the singularity / portal is “those co-ordinates over there… set them all at six” – in this case “666”. This number has been uttered many times in the show. It was clearly heard amongst the panicked passengers of the stricken shuttle bus in the episode “Midnight” and suggested as a code to deactivate the crazed robotic “angels of death” (another recurring theme in the genre) in the 2007 Christmas special “Voyage of the Damned”. 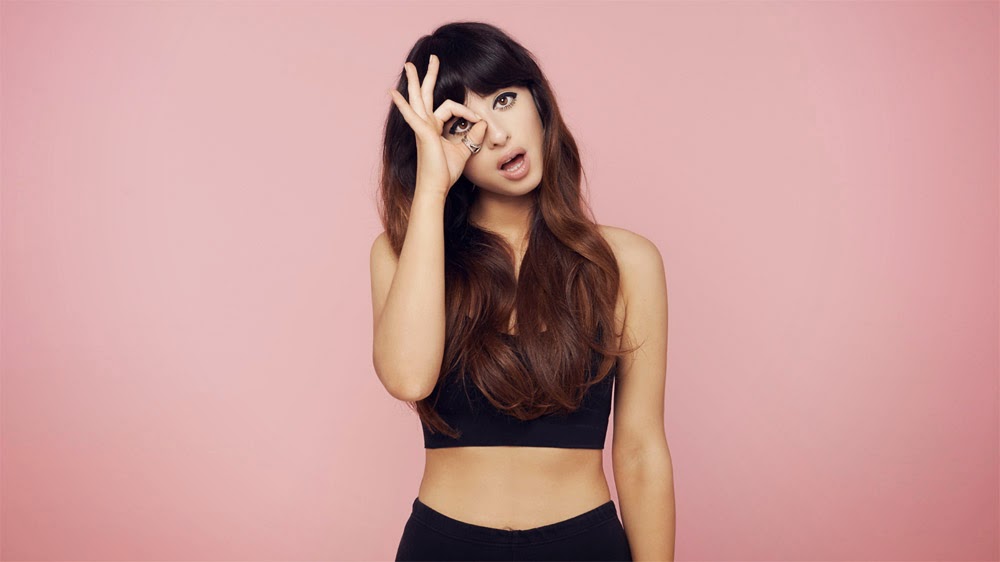 Perhaps it is apt that Foxes has decided to appear in Doctor Who. The abundance of the 666 theme, alone, is mirrored in the contemporary pop scene. Indeed, Foxes has indulged in such symbolism. Of course, we should recognise that most “celebrities” do the same things these days. It is entirely plausible that these individuals have little insight into what such symbolism truly represents. Even those of us who are a little more clued in to the machinations of the global elite often struggle to understand what it all really means.

However, the fact that it is there, seemingly superfluous to context, and unsatisfactorily explained is important. It tells us that those who steer the contemporary cultural engine have a vested interest in promoting these themes and motifs, without feeling the need to tell us why. Most people blindly filter out this symbolism – almost as if they have been conditioned to do so. We know that very little of what the global elite do is in the best interests of the masses. When they want us to see (yet not “see”) signs and symbols everywhere, I think we have justifiable reason to be concerned.

Stay alert and watch for those symbols, folks!
Until next time,

Well, what do you know!? Seems my synchro-senses were tingling when I wrote this! At the time of writing (late August) nothing was known about the latter episodes of series eight of Doctor Who or what part (or in what episode for that matter) Foxes would play. Turns out I was wrong about Foxes acting debut - she merely sings a cover of Queen's "Don't Stop Me Now" in the eight episode "Mummy On The Orient Express". However, I was bang on the nose with the 666 symbolism... and without even realising it! In the episode, the passengers of the space train are being killed one by one by an invisible "mummy" - called "The Foretold". What is so special about this monster? It kills it's victims exactly 66 seconds after it is seen by them! Stranger still, The Foretold is ultimately revealed to be a modified stealth super-soldier from a long-ago war. When the Doctor offers their surrender (as to make the Foretold believe the war is over) becomes visible to all, salutes the Doctor, and then disappears into a pile of dust, leaving behind its phase-shifting device. One final note that I previously neglected to mention. Here is a section from pg. 132 of Pierre Sabak's book "The Murder of Reality": "The letters 'F-O-X' in the English language are present, when divided into three equal columns of six and encode the number 666. This number is equated with the Theban priesthood, equated with the fox."

Hi Carl Another very interesting entry. I find your knowledge of things to be almost infinite. Keep up the good work my friend and thanks for the hard work you do for all of us.

Many thanks my friend. Hope you are keeping well. All the best! Carl.